Shad Nongkrem is the most important festival of the Khasi tribe from Meghalaya. It is a five day festival held in beginning November to offer thanksgiving for a good harvest. The festival is held in Smit, a small village 15 kilometers from Shillong. The festival commences with sacrifice of a goat , followed by dances by young men and women. The unique dance is performed by the members of Hima Khyrim, a subset of the Khasi tribe. A major feature of the dance is that only virgin women dressed in traditional attire can dance during this festival . Alongside young men, with swords dance with them. During the festival prayers are offered to the guardian deities of Ka Pah Syntiew and U Suid Nia Tong Syiem for a good harvest and prosperity of the tribe. 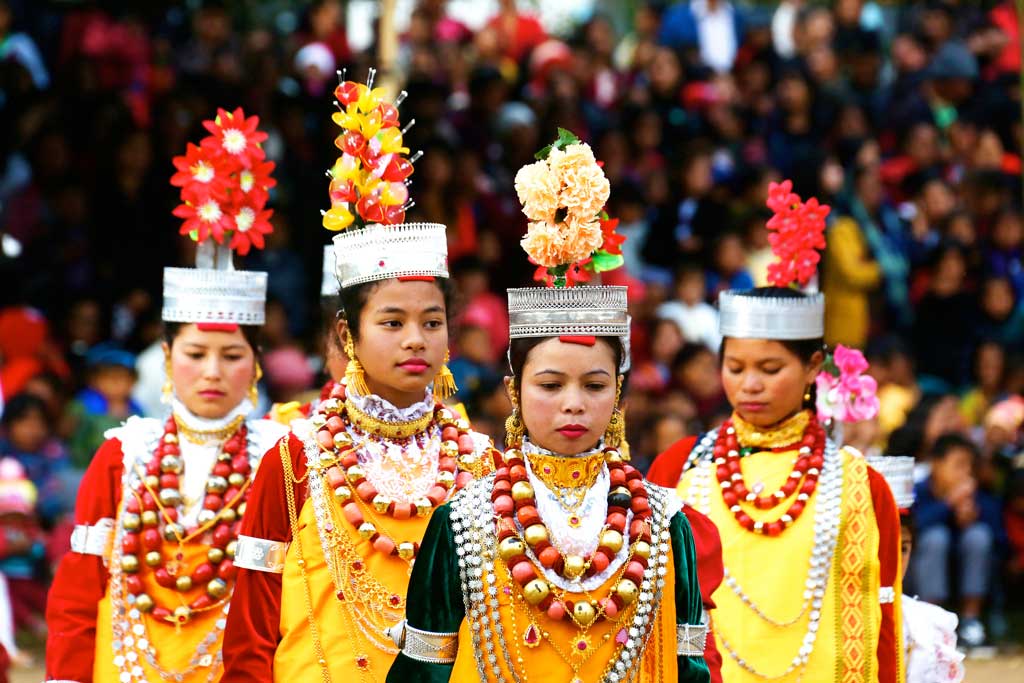 Wangala ,also known as Hundred Drums, Wanna Rongchuwa is a harvest festival celebrated by the Garo tribe residing in the Western part of Meghalaya. During the festival the Garo people thank Misi Saljong, their Sun God, and seek blessings for a bountiful harvest. Celebrated in the middle of November, the celebrations go on for 2 to 3 days. On the first day rituals with offerings are performed in the house of the village headman. The second day is a major highlight when the vibrant 100 drum players descend on the field. The men gather with their drums, creating a harmonious rhythm that is followed by the dance moves. The young and old, all wear their traditional dress and feathered headgear, to dance to the rhythm of the beats.

Celebrated in the rainy month of July, Behdeinkhlam is the main festival of the Jaintia tribe. It is one of the most colorful and popular festivals of Meghalaya. The literal meaning of Behdeinkhlam is ‘Chasing away the Plague’ , so the festival is celebrated to ward off evils against the community, as also for a bountiful harvest. The festival goes on for a period of 4 days, during when many elaborate rituals and sacrifices are performed. On the second day young men along with priests, beat the door of every house with bamboo poles, accompanied by beating of drums, symbolising the battle between good and the evil. On the last day people carry colourful 30-40 ft tall structures made of bamboo and wood called Raths. The festival ends with a game called dad-lawakor, which is like football but played with a wooden ball. 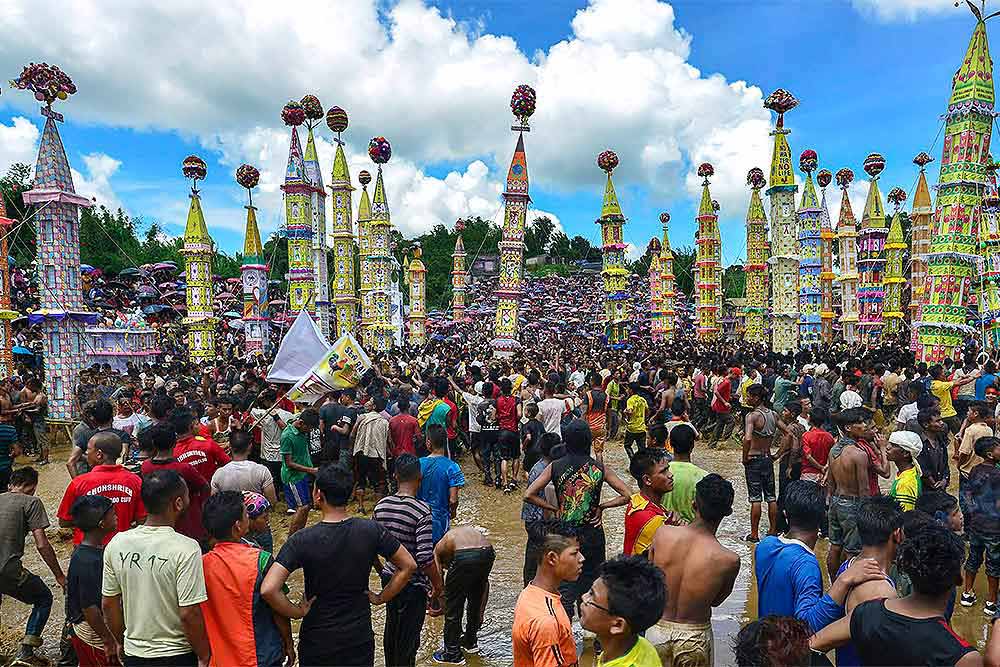