Celebrated every year from 1st to the 10th of December in the heritage village of Kisama , the Hornbill Festival provides a window into the culture that Nagas take pride in. With great pomp and glory, the sixteen Naga tribes, present their dances, rituals, folk songs and traditional sports, keeping alive their rich tradition. The Hornbill festival presents a great opportunity for tourists to experience the culture, food and handicrafts of all the Naga tribes in one place and time. This colorful and vibrant festival is increasingly becoming popular with tourists and photographers from all around the world. 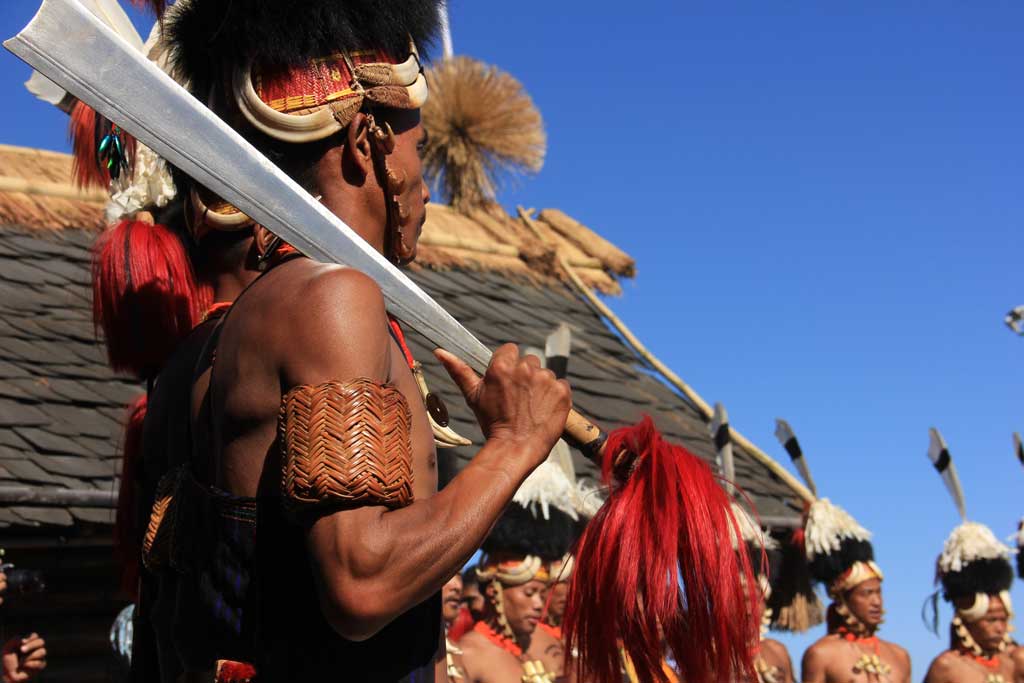 The Sekrenyi festival, known locally as Phousanyi, is the main festival of the Angami tribe. Historically it is a purification and sanctification festival, performed before the men folk went to war. The celebrations go on for 10 days; and include various activities like washing the village well , washing the weapons and clothes of the men, sacrificing chicken , making ornaments and going hunting. One of the most interesting parts of the festival is the Thekra Hie, in which the local youth of the village sit together and sing traditional songs throughout the day, sipping on rice beer and eating meat. The festival generally takes places in the third week of February and can be witnessed in the villages of Khonoma and Tuophema.

Aoling is the main festival of the Head hunting Konyak tribe, residing in Mon district of Northern Nagaland. The festival is generally celebrated in the first week of April, to coincide with the Konnyak New Year. The Konyaks celebrate the Aoling festival to mark the beginning of spring , while praying to the deities for a good harvest. The festival involves many rituals and sacrifices to appease the spirits of nature, followed by feasting and traditional dances. It is a very interesting festival as one gets to learn a lot about the colorful culture of the Konyak tribe during this festival. 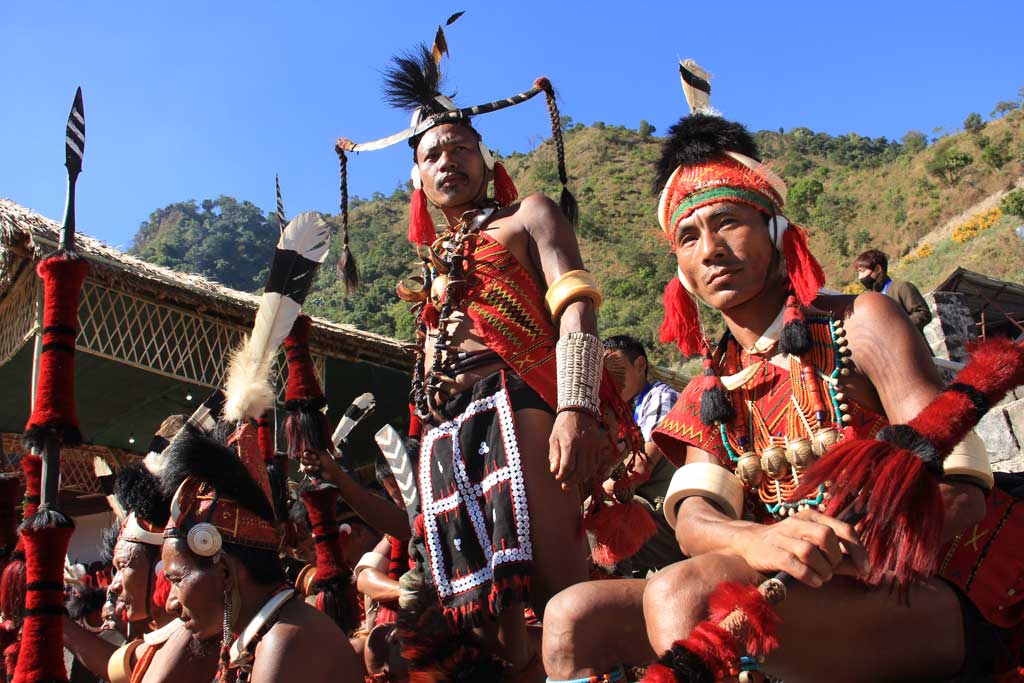 Moatsu is a post sowing festival of the Ao tribe, who celebrate it in the first week of May. It is a three day long festival in which many rituals are performed, followed by singing and dancing. The festival provides them much a much needed break after the hard work of clearing fields, burning forests and sowing. Sangpangtu, is one of the main celebration where a big fire is lit and men and women adorned with best attire sit around it. Rice beer and meat is served to all guests, while men and women merrily dance around the fire, singing traditional songs of thanksgiving and war. 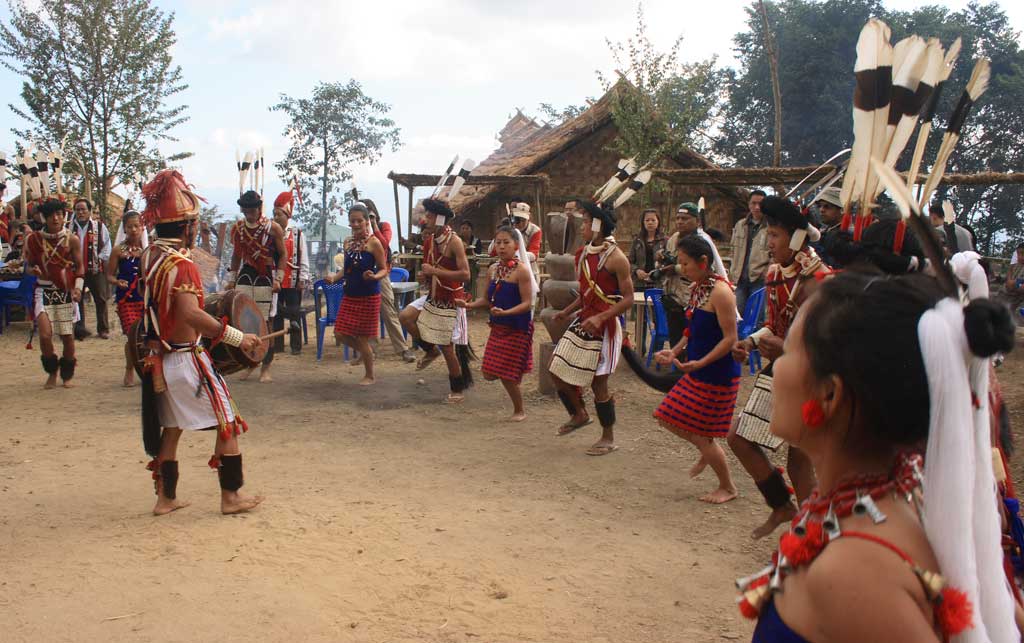