If there is a heave on earth, Zemithang it would be. Sandwiched between Bhutan and China, this Shangri-La lies in the remote north-western corner of Arunachal Pradesh, two hours away from Tawang. It is situated at the head of the valley formed by the Namyang Chu river which eventually flows into Bhutan. Grand vistas of snow clad mountains as far as Bhutan can be seen from here on a clear day.

This region is dominated by the Monpa tribe, a predominant Buddhist community. The Monpas residing over here mainly belong to the Panchen sub sect bearing a close affinity to their Bhutanese counterparts. It is not uncommon to see men and women dressed in the traditional dorma and singka with a small cap made from yak hair. Most of them still stay in quaint stone houses built decades ago, lending a very special charm to this land lost in time.

There are a few small villages on both sides of the river like Lungpoo, Muchat where homestays have been developed. These homestays are basic but ideal for those who enjoy solitude, serenity, nature and culture. 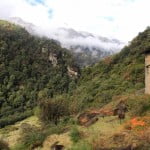 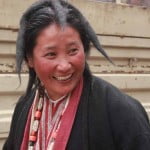 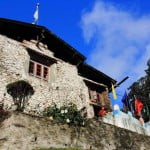 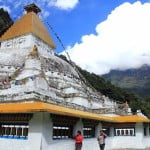 Zemithang is 90 kms. from Tawang, roughly taking around 2 hours to drive