The historic Trans Bhutan Trail, spanning across the Himalayan kingdom is a great way to immerse in the history, culture and landscapes of Bhutan

The Trans Bhutan Trail is an ancient trail used by the Bhutanses for pilgrimage and communication purposes. The trail runs through the span of the country, connecting the western most district of Haa  to the eastern most district of Trashigang. The trail finds it origin sometime in the 16th century whence it played an important role in warding of foreign incursions.

The Trans Bhutan Trail has recently been restored, allowing tourists to either walk the entire 400 odd kilometers from West to East, or undertake sections of the trail. The trail will give you an opportunity to absorb the varied culture, rich history, and biodiverse landscapes of Bhutan at a leisurely pace.  On this trip we will be walking the Trans Bhutan Trail from Dochula pass to Bumthang in Central Bhutan. Along the way we will interact with various local communities and walk past some important cultural sites, creating lasting impressions one step at a time. 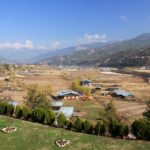 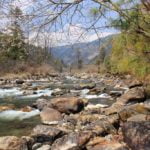 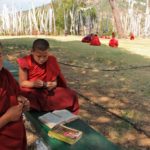 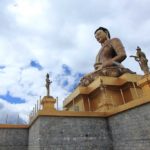 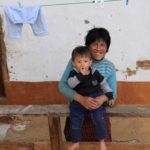 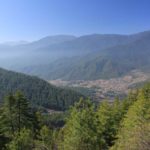 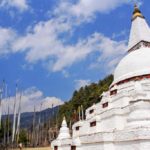 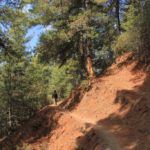 Pickup from Paro airport and drive to Thimpu . Time permitting we will do some sightseeing around Thimpu like visiting the Buddha Dordenama statue, Memorial Chorten and the Textile museum. In the evening walk around the vibrant streets of Thimpu. O/n at a hotel in Thimpu

Start early in the morning for our short drive to Dochula pass which connects Thimpu to Punakha. On a clear day one can get grand views of the Eastern Himalayas from where . We commence our walk on the Trans Bhutan trail from here, descending down the valley to join the trail know as the ‘Divine Madman Trail’. We will now be walking in the footsteps of Drukpa Kinley known as the Divine Mad Man. On the trail we will learn about his story and unique ways of teaching. O/n in tents

Our route today heads East to Lingmukha valley. Intially the trails winds through paddy fields, climbing up relatively steeply until we reach a chorten which marks the highest point for the day . After lunch the trail descends down into the pretty Lingmukha valley with the last hour or so of the hike being along the feeder road . The valley is commonly referred to as Lingmup sher gi zhom which translate as the golden bowl on account of the many paddy fields which line both the flanks. O/n in tents

Our trail today  rises up from Lingkukha valley, climbing steeply through dense forest until we reach a small pass. From the pass we descend sharply, enjoying panoramic views of the Shar valley . On the way visit the Chungse Azhe Gyalzom Lhakhang , which is built on  the place where a chan- do ( a small disclike stone ) thrown by the divine madman Drukpa Kunely from sha Kuenzangling on the other side of the valley , is said to have  landed . After lunch the trail will pass by a small farming village perched on steep slopes climbing up towards Samtengang. O/n in tents

Today we head out on  what is a historically very significant section of the trail, once used by the famous messenger Garp Lunghi Khorlo. Being an isolated  section passing through no human settlements, the walk today allowing you to be at one with nature for the duration of the day . As you head out of Samtendang , the first section of the trail is an ascent , after which the trail flattens out before dropping down towards Razawo. O/n in tents

Head out on the trail which follows the river for a short while after leaving Razawo . From here the path is a steady climb up , all the way till Pelela pass . The trail will initially follow a farm road before crossing over into open meadow and forest of oak and walnut. At 3402 meters the Pelea pass is traditionally considered the boundary between west and central Bhutan. O/n in tents

As we descended through the meadow bellow Pelela, we will come across remote yak harder camps scattered around the valley. Stop in a traditional farmhouse in the village of Rukubji to enjoy a hot lunch before visiting Rukubji Village Lhakhang which is around 300 years old . Rukubji is also famous for its unique local language , and we will have the chance to learn about it from the villagers over tea . The dialect called Ngyen –kye is a mix of other dialects from across Bhutan and  also includes some English words. It is a dying language now only spoken by a dozen or so household .

From the village walk to road head where our vehicles will meet us and  drive us to Bumthang. O/n at a guesthouse in Bumthang.

Bumthang is the general name given to combination of four valleys – Chumey, Choekhor, Tang and Ura with altitude varying from 2,600m to 4,000m. It is home to many of prominent Buddhist temples and monasteries.

After breakfast visit the Jambay Lhakhang, one of the oldest temples in Bhutan built by Tibetan King

Songtsen Gampo in 659 AD. Also visit the nearby Kurjey Lhakhang which is the final resting place of the first three kings of Bhutan. Relax for the remainder of the day. O/n at a guesthouse in Bumthang

Today we drive back to Thimpu , through varied landscapes of blue pine forests, bush rhododendrons, and dwarf bamboos. On crossing the Pelela , once again the landscapes will change as we follow the Dang Chu river . On reaching Thimpu relax or go shopping around the craft street. O/n at a hotel in Thimpu

Our last day in Bhutan would be a relaxing day as we head out to Paro by late morning . We will visit the Kitchu Lakhnag , one of the most iconic and beautiful temple in all of Bhutan . If time permits visit the National museum . Relax for the remainder of the day .

For those interested can  hike to Bhutan’s most iconic monument, Taktsang monastery. It is one of the most sacred places in Bhutan due to its association with Guru Rinpoche, who reputedly flew to ParoTaktsang cliff in the form of Guru DorjiDrolo, mounted on a flaming dakini-tigress in the 747 A.D., where he meditated and subdued evil spirits. Hence it is also referred to as Tiger’ Nest. O/n at a hotel in Paro

This tour explores the cultural diversity of little know tribes like Apatani, Tagin, Adi and Gallo who reside in the verdant valleys of Arunachal Pradesh