A historic and offbeat trek passing through virgin temperate and rhododendron forests, in the jaw dropping backdrop of the Eastern Himalayan peaks of Gorichen and Kangto

The Bailey Trail in the West part of Arunachal Pradesh, traces the historic route taken by Lt. Col. F. M. Bailey and Capt. H.T. Morshead, British officers who were commissioned to survey the Arunachal – Tibet border during 1911 -12. Starting in Eastern Arunachal, then known as NEFA [North Easter Frontier Agency], the two British officers travelled along the dangerous Tsangpo River all the way to Chayul and Tsona Dzong in Tibet. After completing the survey Lt. Col. Bailey and Capt Morshead  returned into Indian territory at Tulung La in western Arunachal, descending to Mago village crossing over Tse La to reach Pota, and then from Poshing La down to Thembang. This route popularly came to be known as the “Bailey Trail”. The surveyed area was used by Sir Henry McMohan, one of the defense secretaries in the Government of India, to draw his famous McMohan line in 1914

We walk the Bailey trail in the opposite direction from South to North, commencing from the historic village of Thembang. Three days of steady climbing through thick forests brings us to Poshing La from where we get the most stupendous views of the Gorichen massif, as the peaks of Gorichen (6,538 m), Kangto (7,090 m), Nyegyi Kangsang (7,047 m) and Takpa Shiri (6,655 m) flood the landscape with their beauty. Crossing over Tse La we get to Mago village and onto Jang on the Bomdila- Tawang highway. 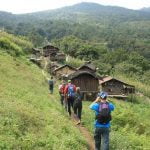 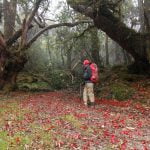 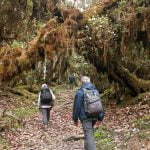 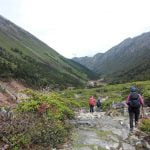 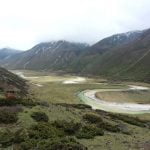 A unique round trek to the jaw dropping landscapes of Dzukou valley, traversing from Manipur to Nagaland